If you’re anything like me you will go on Pintrest and ‘pin’ loads of amazing lesson ideas, that you will get round to doing one day and never actually getting round to following your oh so excellent intentions through.

Well as part of my “use less PowerPoint” resolution, I decided this week to try out one of my most popular “repins”. I get notifications at least once a day telling me someone has re-pinned this particular post on revision stations. Original Pin

I typed up some of the techniques on a word document, printed and laminated them. I decided to just use four of the ideas as I have a smallish National 4/5 class. The four stations I had were Paper Chains, Bunting, Write your own Exam Questions and Gimme 5 and gave my pupils 20 minutes at each station. Each with varying success. 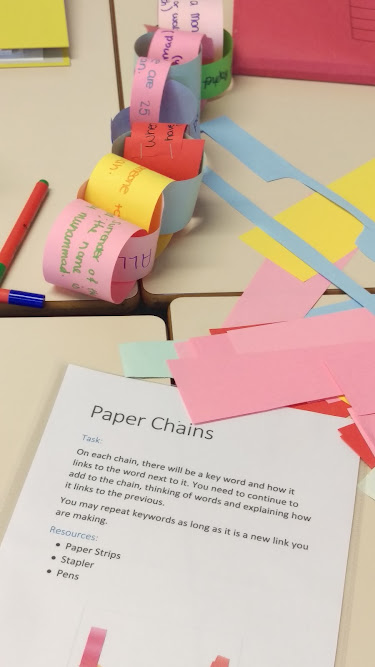 The pupils seemed to enjoy this task, however they started to struggle to find links between words if someone put a difficult concept on they reached a dead end as they couldn’t add anymore. My solution; to not make it a continual line, instead having links coming off words in the middle and throughout the chain.

I gave pupils a list of tasks, these varied from writing out sources to exam style questions. Again the pupils seem to engage with it, however the ever long issue you get with giving pupils a task and a pot of felt tip pens is they spend 90% of their time writing a wonderful title and either run out of time or space on their paper to write anything on it. I did have to give some pupils time at the end to finish their triangles off. The only thing i will need to do is make sure the pupils have time to read each others pieces of work so that they are learning from each other. 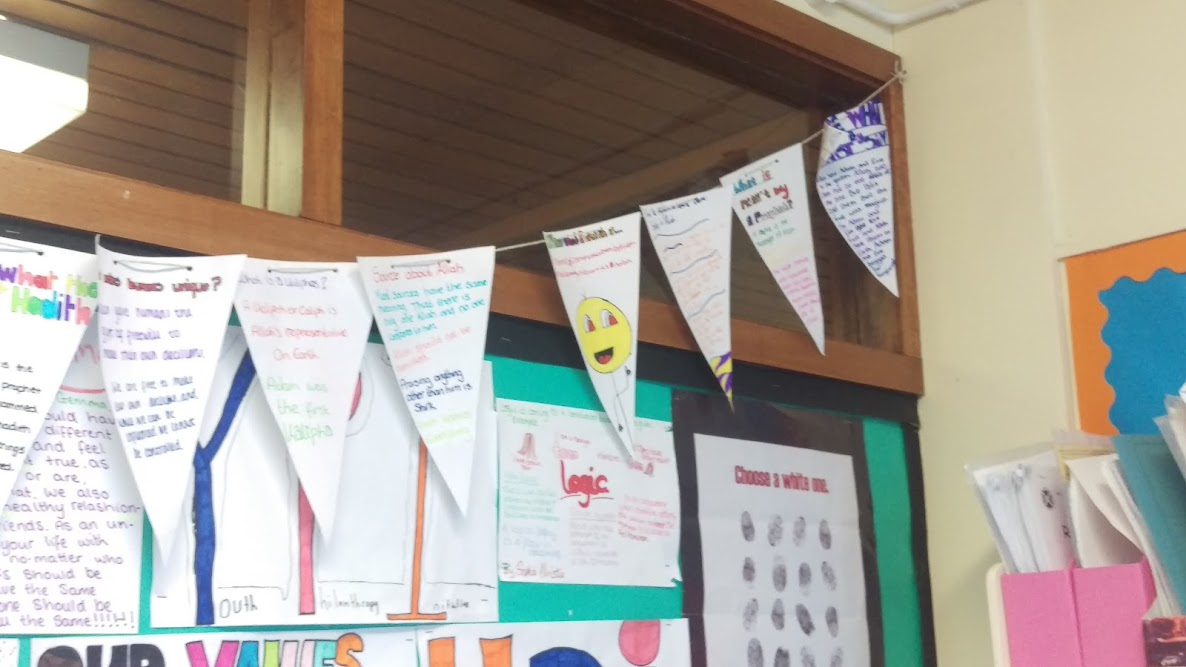 I think I needed to be clearer on the instructions here, making sure pupils are writing 5 facts on the fingers on their hand outlines rather than around the hands, as I was going to cut them out and stick them up but cant really do that with the pupils work written all over the paper. The other issue I had was as the third and fourth group got to this station they had run out of facts because the groups before had written a lot of detail. I do think it is good for thinking of 5
separate points, good for exam prep.
Exam Question
I didn’t take a picture of this station as compared to the others it was probably the least aesthetically pleasing, but i would say the most worthwhile. It helps pupils to think about how they would formulate an answer but without actually having to write it out. (Using their HOTS, if you will) The pupils who were at National 4 level struggled with this task, and some marking schemes are better than others, but I did get a whole range of questions i could use in class for another revision session.